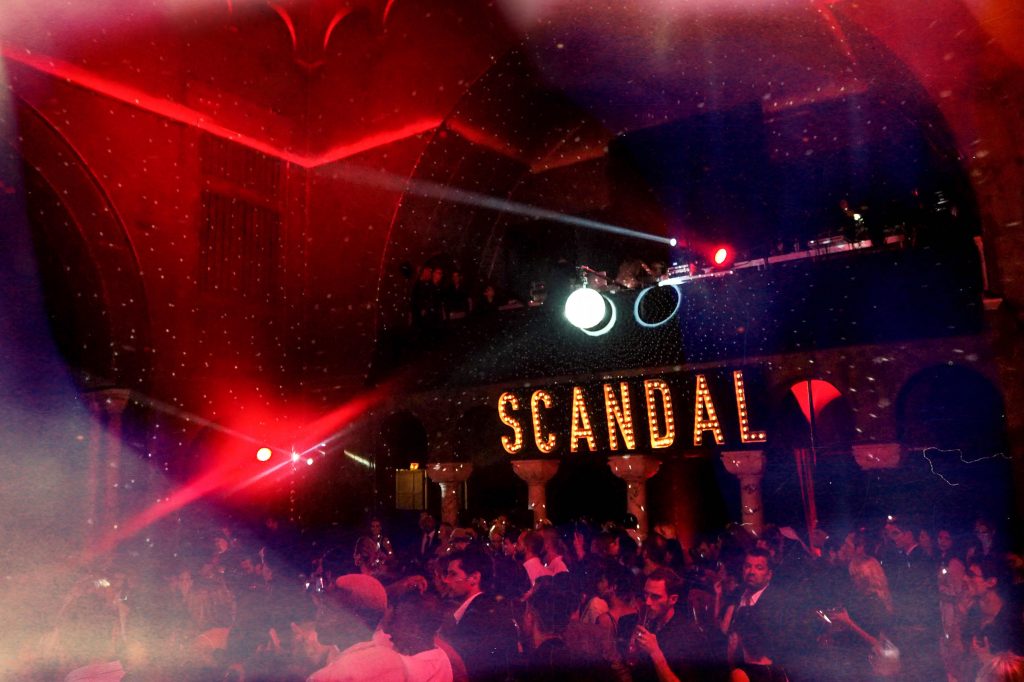 This month’s highlight was without any doubt my little trip to Paris for Jean Paul Gaultier’s not-so-little party. The occasion was the official launch of the brand’s new fragrance, called Scandal. That night I’ve seen what people mean by paris est une fête, but let’s start with the beginning shall we? 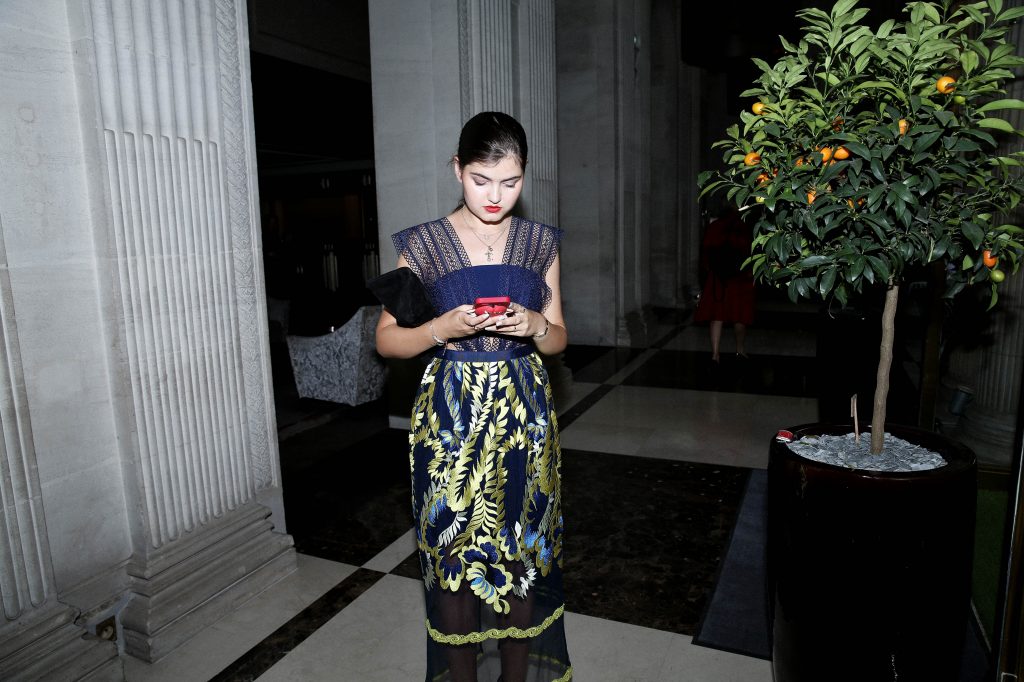 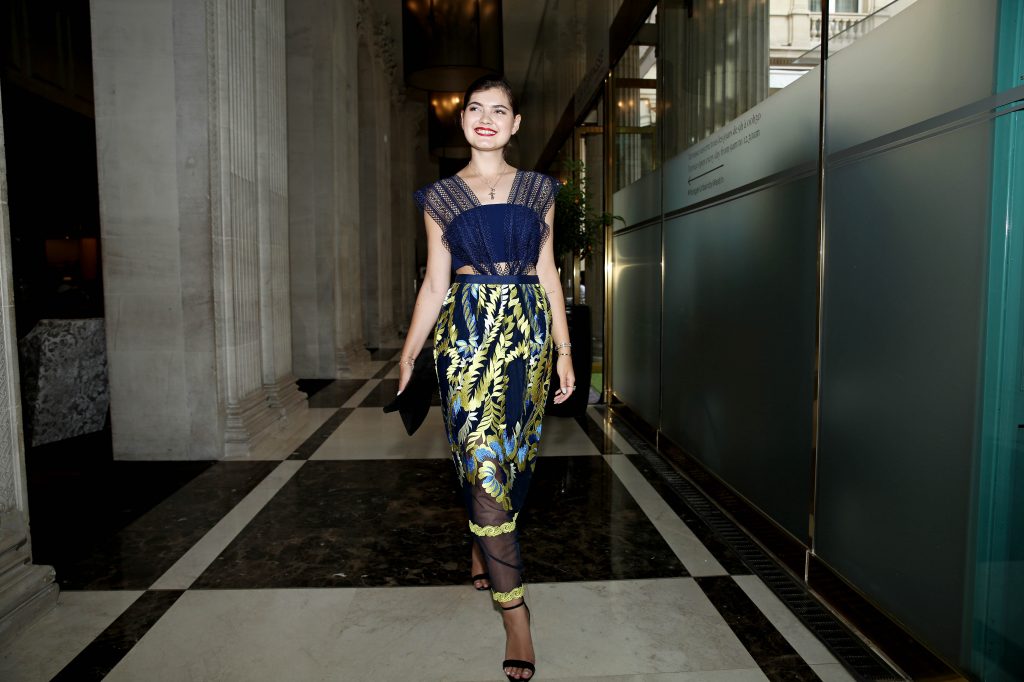 I was waiting for my car in Westin Hotel’s lobby (where by the way I got asked no less than four times where did my dress came from, merci beaucoup it’s from Three Floor) when I bumped into my first picture of the Scandal fragrance on Instagram. You guys surely know Gaultier’s best-seller fragrances, the “Classique” and “Le Mâle” that are clearly identifiable thanks to their torso silhouettes? Well with Scandal we’re exploring something new without leaving the body lexicon:  a chic glass bottle with a most original stopper designed in the form of some long golden legs, very sexy and feministic. I remember having immediately thought of how good it would look on my coffee-table (and it does!), and kept stalking more pictures that leaked that day. 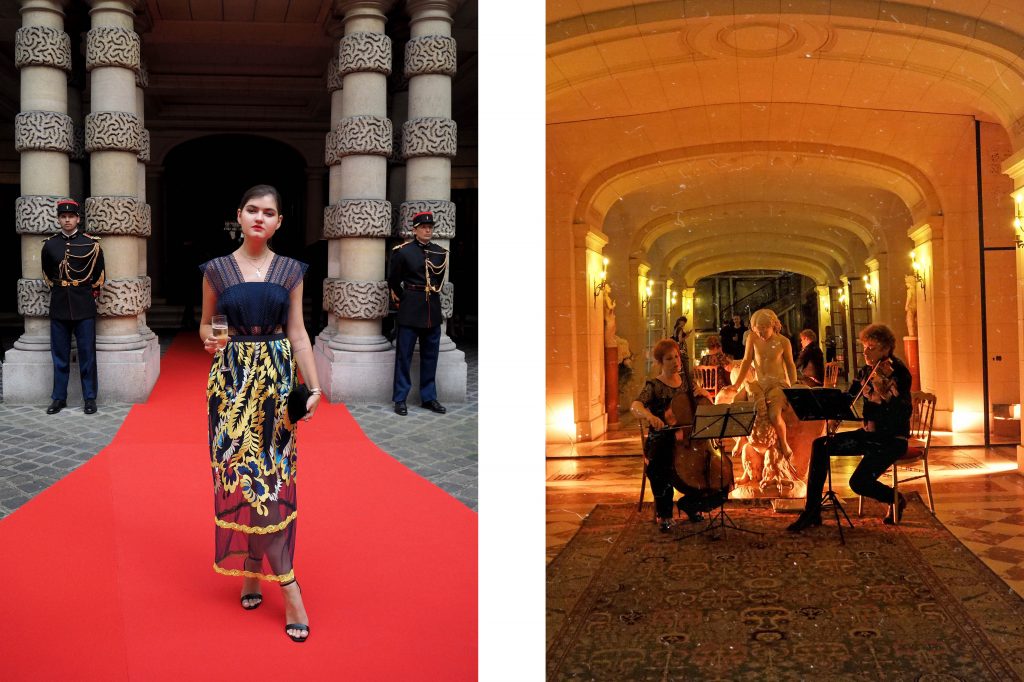 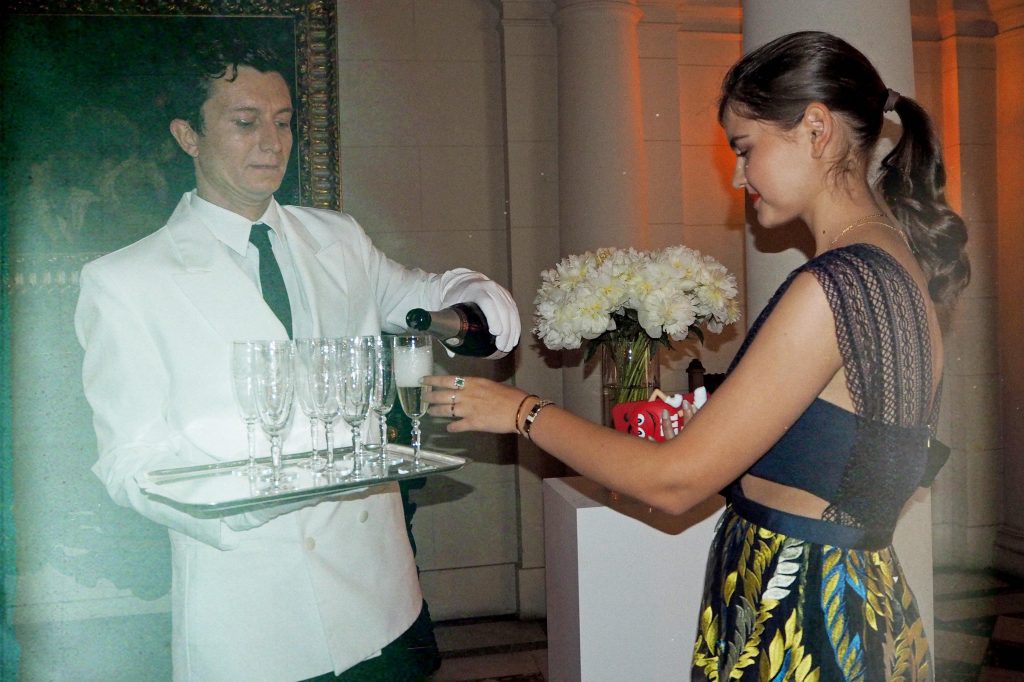 My car arrived and we departed for the party’s secret location. God knows I expected to be driven straight into Pigalle with the little insights I caught on the social medias, but instead we crossed la Seine and got welcomed with champagne at the Romanian Embassy. The watchword of the night was Liberté. Egalité. Gaultier and this start of event was all about dramatic live music, chic interiors (google this embassy guys, it’s really worth the while) and an indecent amount of food. 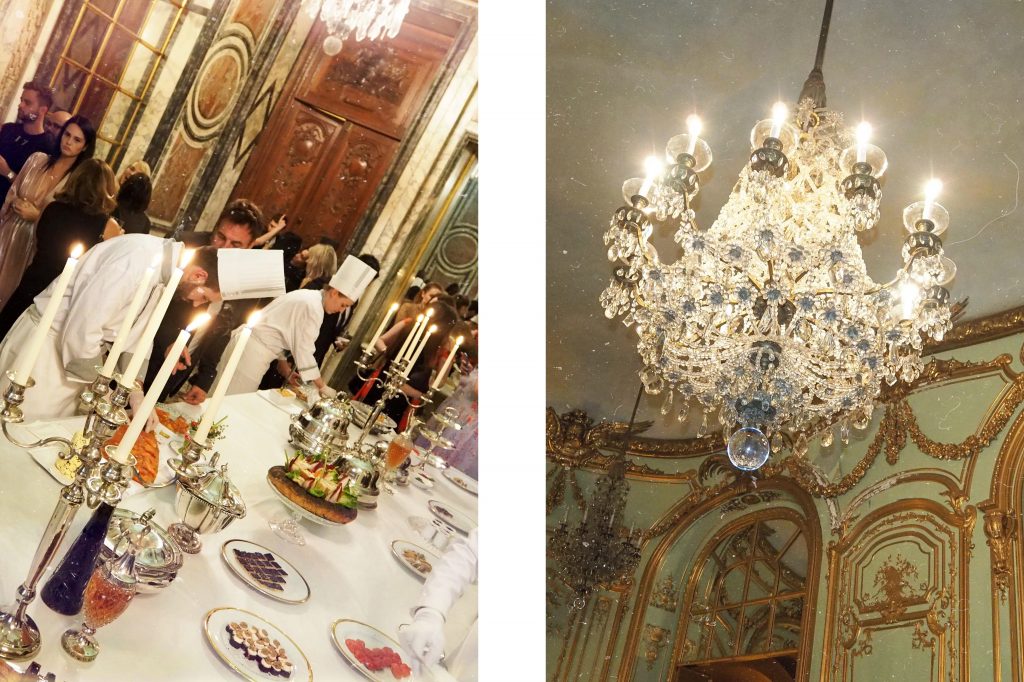 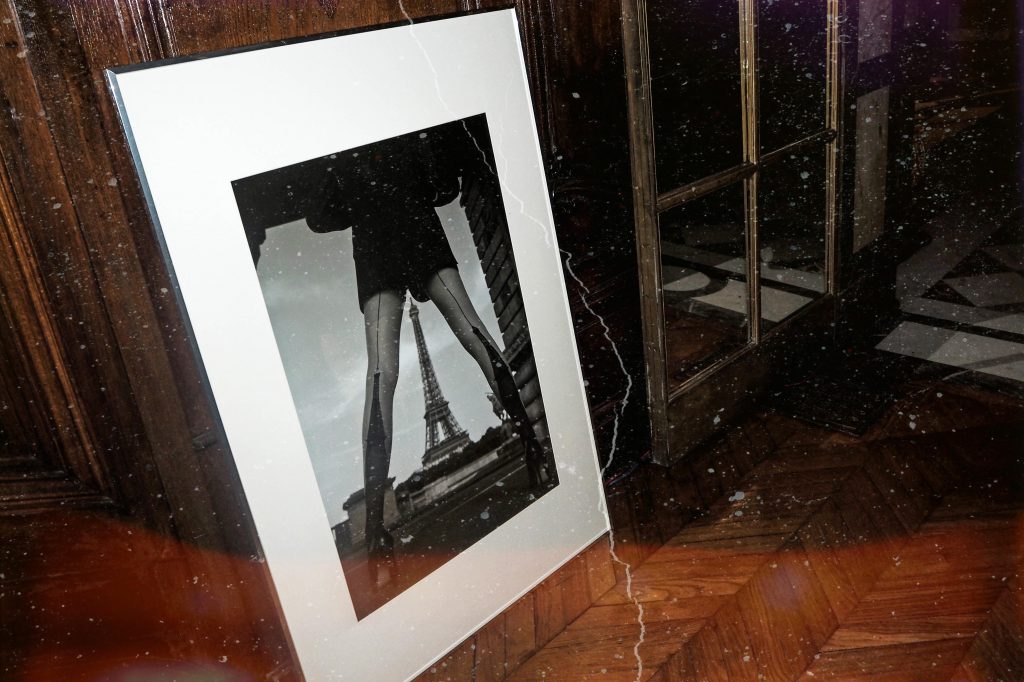 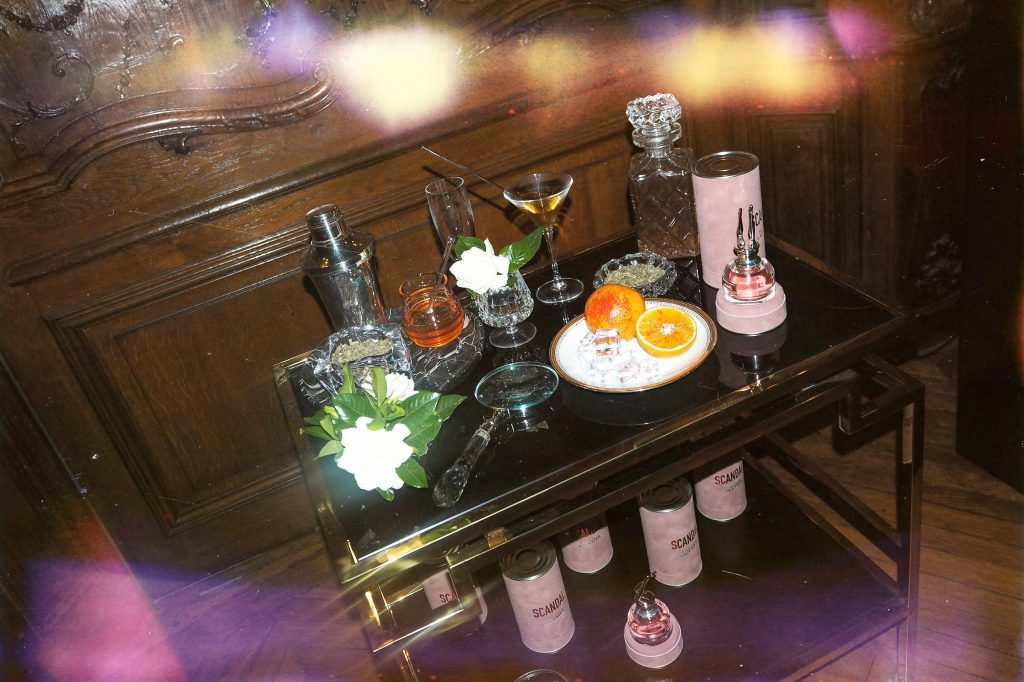 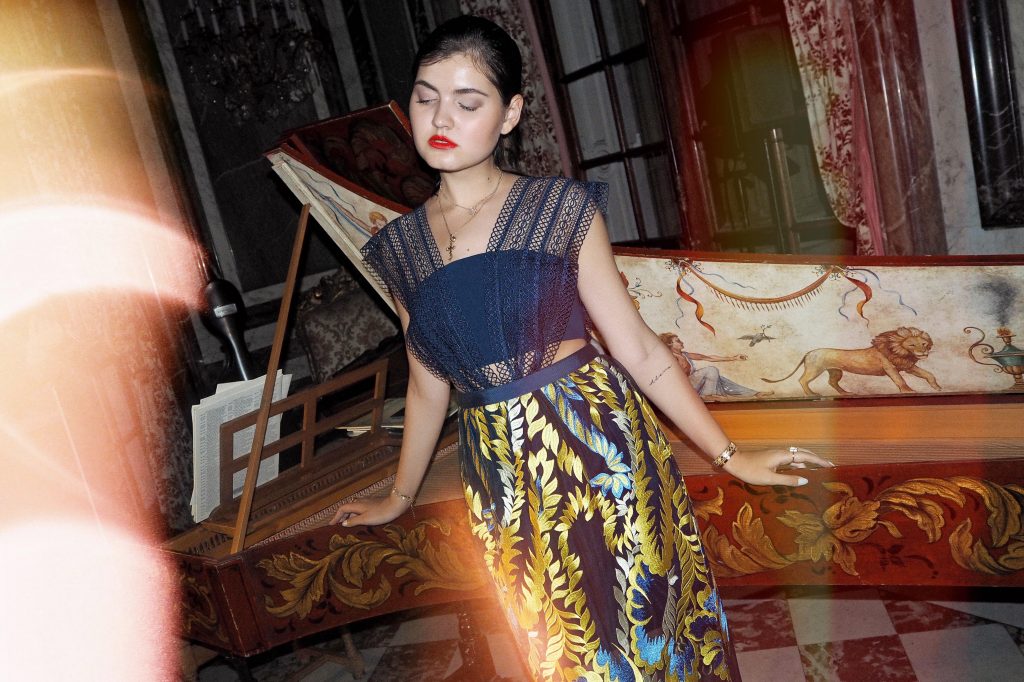 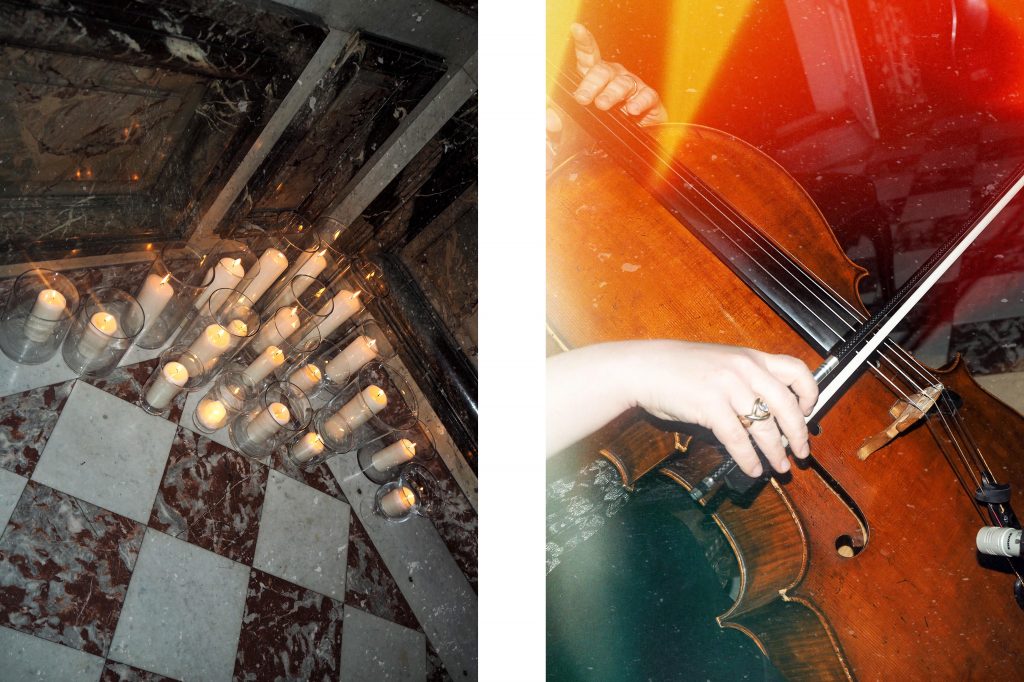 Just after the dessert, when I was about to declare that the only scandalous thing within these walls was a journalist that visibly misunderstood the black tie dress-code and came in his hipster denims (I mean, come on), lights were turned off and a handful of can-can dancers appeared to escort us, guests, to a new room – a room entirely transformed into a cabaret. There we witnessed real french fun, and Jean Paul Gaultier, as a fervent opponent of the politically correct, entertained us with never-ending bottles of champagne and a spectacle worth the best Moulin Rouge nights. 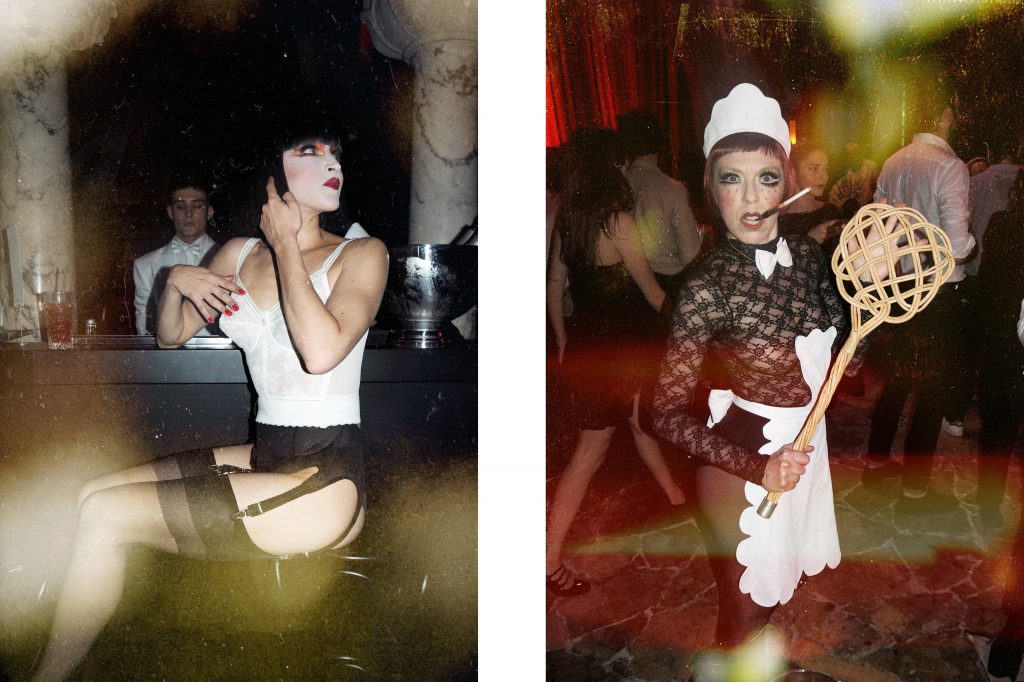 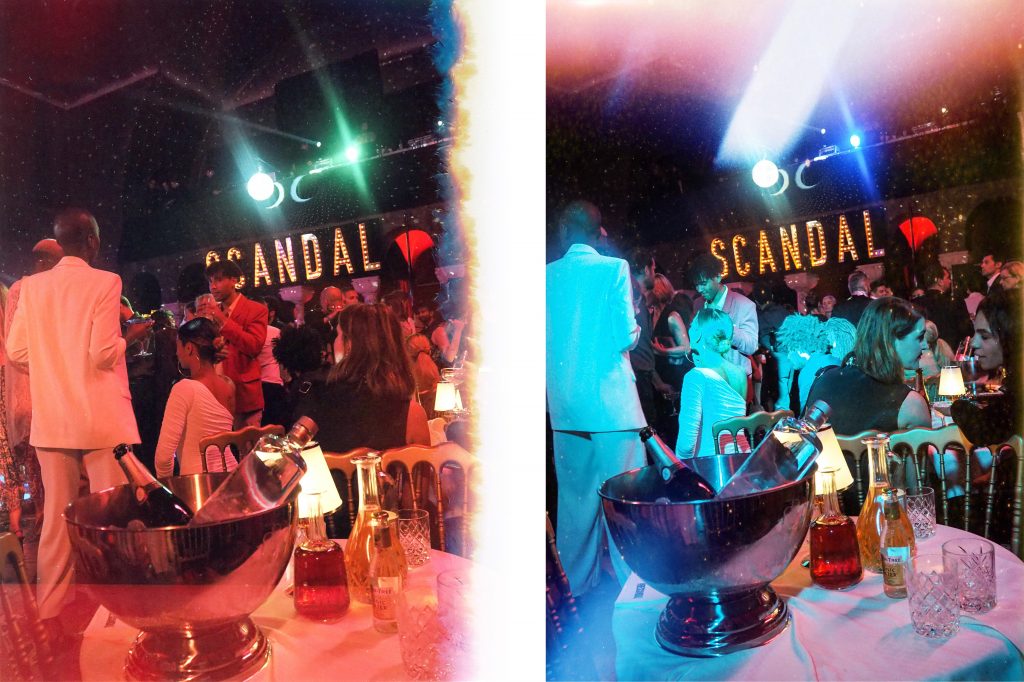 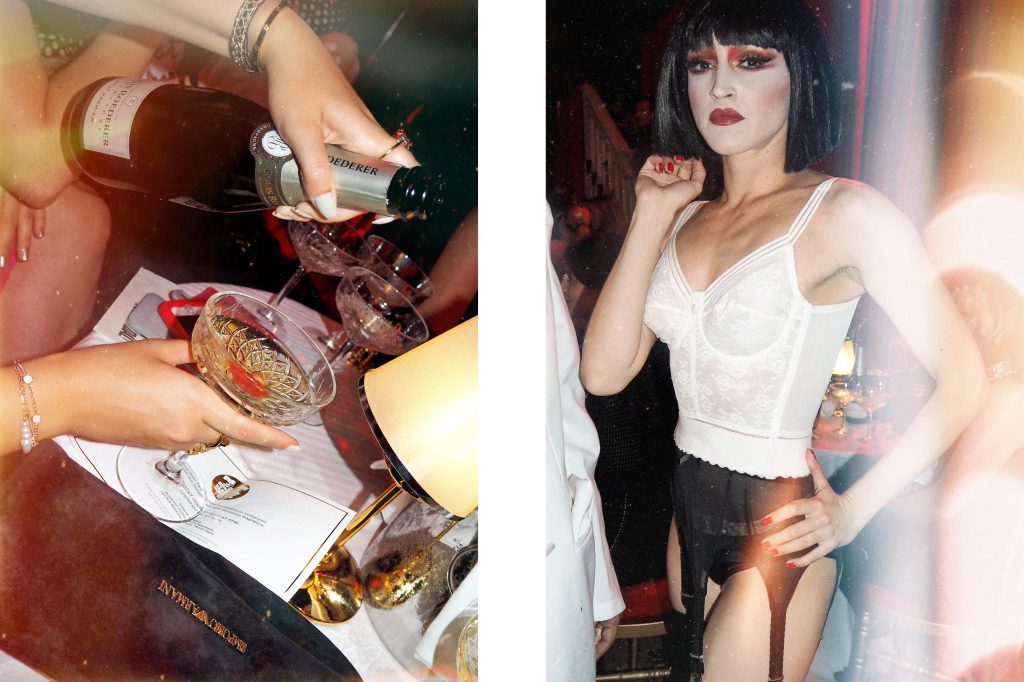 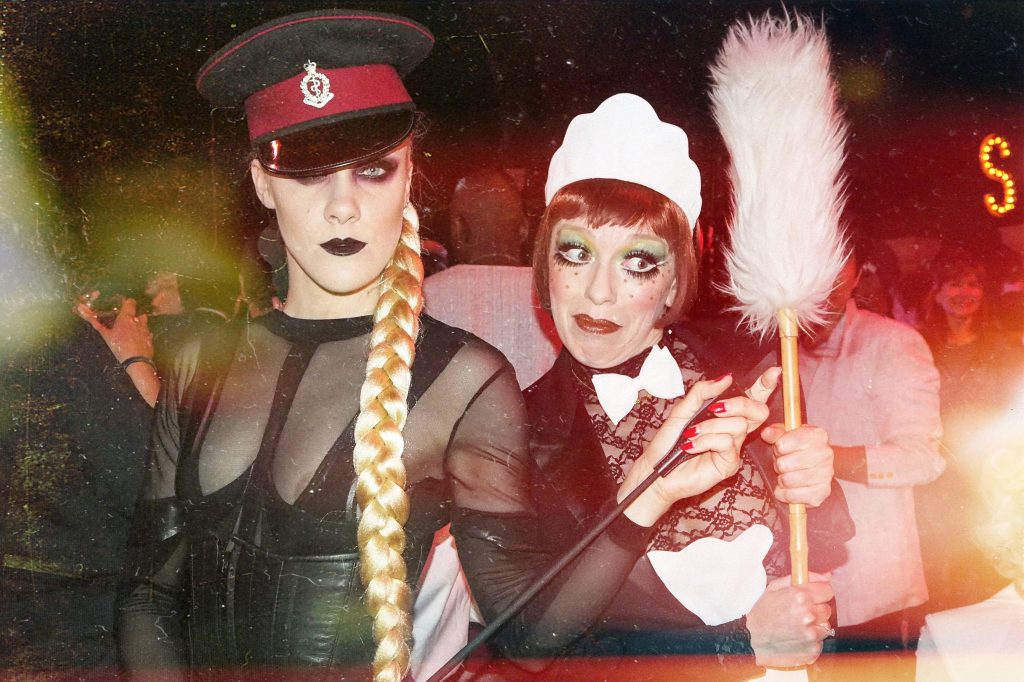 This particular form of this bi-dimensional party, chic at the beginning and decadent at the end also appears in the fragrance itself which is elegant and fresh, with gardenia and orange head notes, and at the same time very sensual with honey at the heart and patchouli as base note. As Daphne Bugey, Scandal’s main perfumer, explained me during our little entrevue, it’s the honey that makes this transition between chic and sexy, between day and night, possible – it’s an ambivalent note, that forms Scandal so well. Actually, the name of the scent is dual too, for a scandal is often negatively connoted, but hey, who doesn’t appreciate a little scandal from time to time?

One thing is sure, Monsieur Gaultier surely knows how to throw a memorable party. 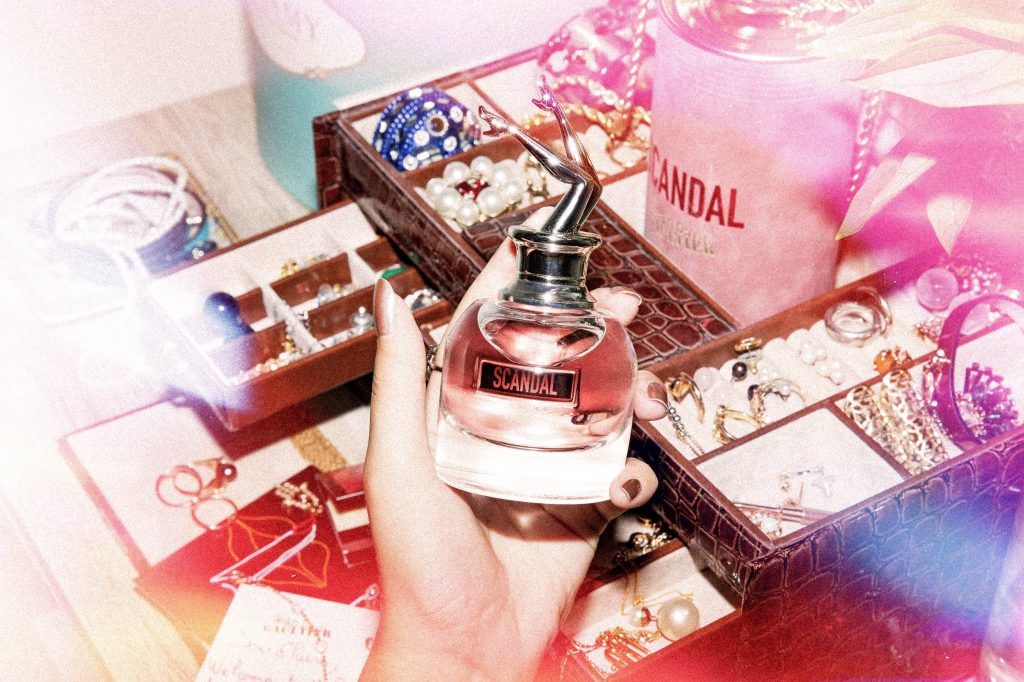 Scandal will be available from 14/08

Major thanks to Jean Paul Gaultier’s PRs and to my The Pool team for having us!