WHEN IN SEOUL CHOOSE THE LOTTE 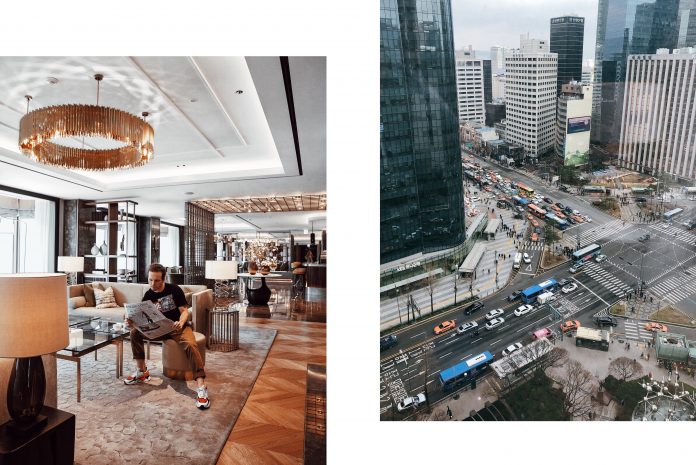 To Charles and I, the highlight of the beginning of the year was surely our trip to Seoul – not only it was our first time in South Korea, but also in Asia in general. My first impression could hold in one single word : huge. Sitting in my transfer car from Incheon airport to the Gangnam area after about 24 hours of traveling (Geneva-Zurich, Zurich-Frankfurt, Frankfurt-Seoul), I’ve been astonished by the largeness of the city. I couldn’t totally place it, the proportions and skyscrapers reminded me of New York, but there was something in the architecture that could seem closer to Moscow. Anyway, after a couple of fantastic days on field with the Samsung team we decided to extend our stay in the city to explore a bit by ourselves, so we moved from Gangnam to Myeongdong, where we were to be hosted by the Lotte Hotel Seoul.

The Lotte is known to be Korea’s best 5 star hotel, and it is very conveniently situated in Seoul’s central business district. From the 14th floor where the reception was situated we could see other sky-scrappers, hundreds of yellow cabs, and busy Korean business people running around – as weird as it can seem I am obsessed with window-views energy, I could sit by a window and get inspired by the city’s vibes for hours. Our room was situated on the 23rd floor of the Executive Tower (the newly opened wing of the Lotte), we’ve been seduced by the lovely color palette of lavender, beige and wood, as well as the big marble bathroom and the view on downtown Seoul.

Fun fact #1 : we’ve been granted the access to the Business Lounge, an entire floor that offers complimentary breakfast, lunch, high-tea, cocktails and so on throughout the day. I found the concept pretty genius and after having « tested » almost everything the floor offered (I’m not even kidding) I can say without the shadow of doubt that it’s worth upgrading into a Suite!

Fun fact #2 : on the day of our arrival there we went exploring the neighborhood and we were looking for a Korean sunglasses shop called Gentle Monster – imagine our surprise when we discovered that this brand’s corner was actually inside of our hotel, because our hotel had in fact its own 14-floor (!!!) department store where you could find brands such as Louis Vuitton, Fendi, Roger Vivier … well and my Gentle Monster crush obviously.

Fun fact #3 : the Lotte even has a modest three-floor cinema and apparently they have a crazy selection of popcorns so I’ll definitely put it on my bucket list for my next stay there.

Another thing I have to say about customer service in Korea, and at the Lotte in particular, is that it is probably the best I’ve ever experienced. I’m not only talking about the efficiency of the staff there, but also about their genuine kindness and desire to give their very best to satisfy a client. For a big, internationally known hotel with a spotless reputation, it’s not uncommon to skip the sympathy capital part, but as I always say at the end it’s the little details that prove the quality of a place, and the Lotte’s staff really made our stay unforgettable. 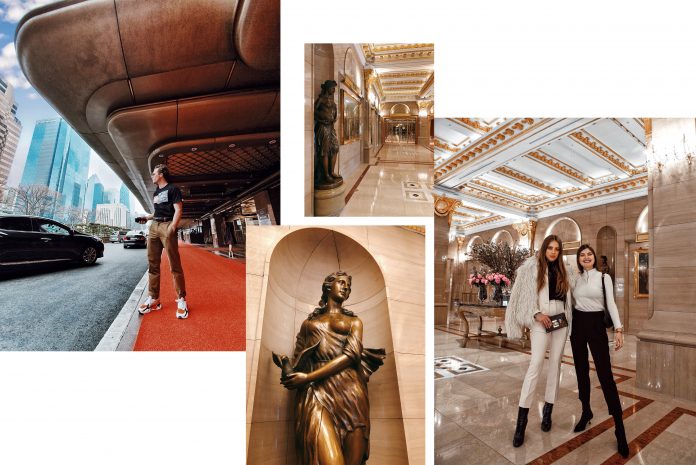 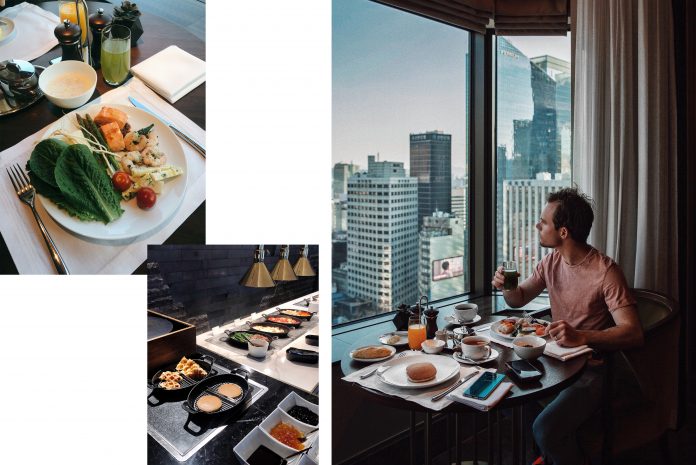 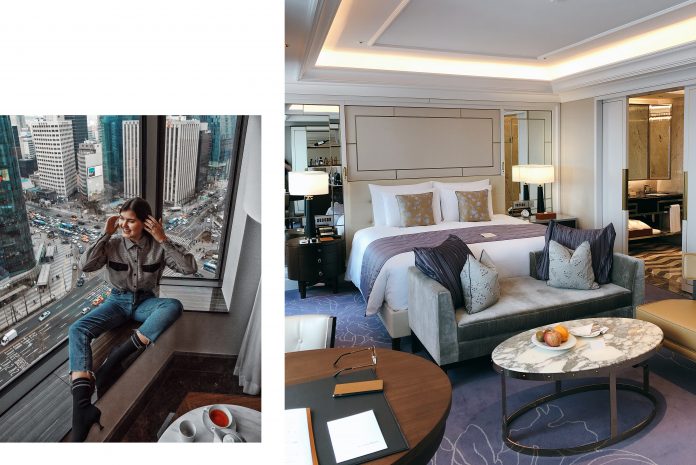 Thank you LOTTE HOTEL SEOUL  for having us

Book your stay in the Lotte HERE