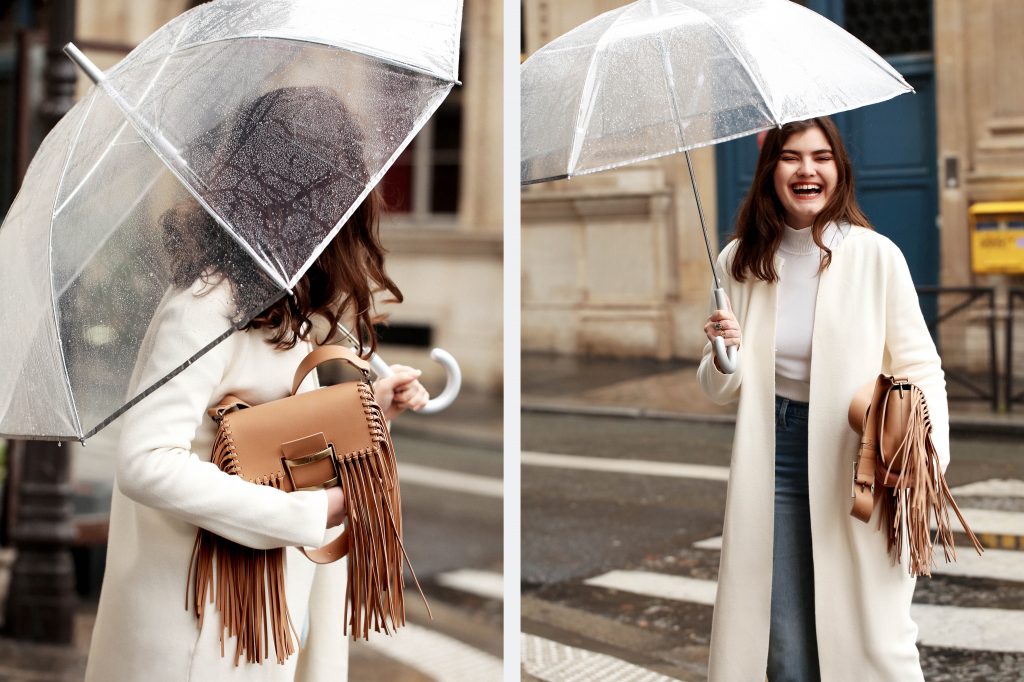 If Fashions Week had one and only one rule, it would without doubt be: expect the unexpected. See, after four days of amazing spring warmness and sunshine in Milano, starting the Parisian Fashion Week on a storm day was, how to say that and still be a lady? Well let’s say it was annoying, really annoying, annoying to the point all I wanted to wear was black. Not quite suitable for the occasion as you might guess. But I soon came to my senses and decided to go for the outfit I planned (it turned out to be a bad decision but whatever): a long white mantle from Stefanel (that ended up not-that-white by the end of the day), my favorite Gucci furry slippers (that are still recovering from that trauma) and a gorgeous Roger Vivier bag that I protected against the weather’s wrath so ardently that, by the end of the day, it was only only part on my outfit that was not soaked or muddy. Fortunately, I had the good idea of having those pictures taken right after lunch, and thus before the marathon of presentations and shows began. Still congratulating myself, I swear. 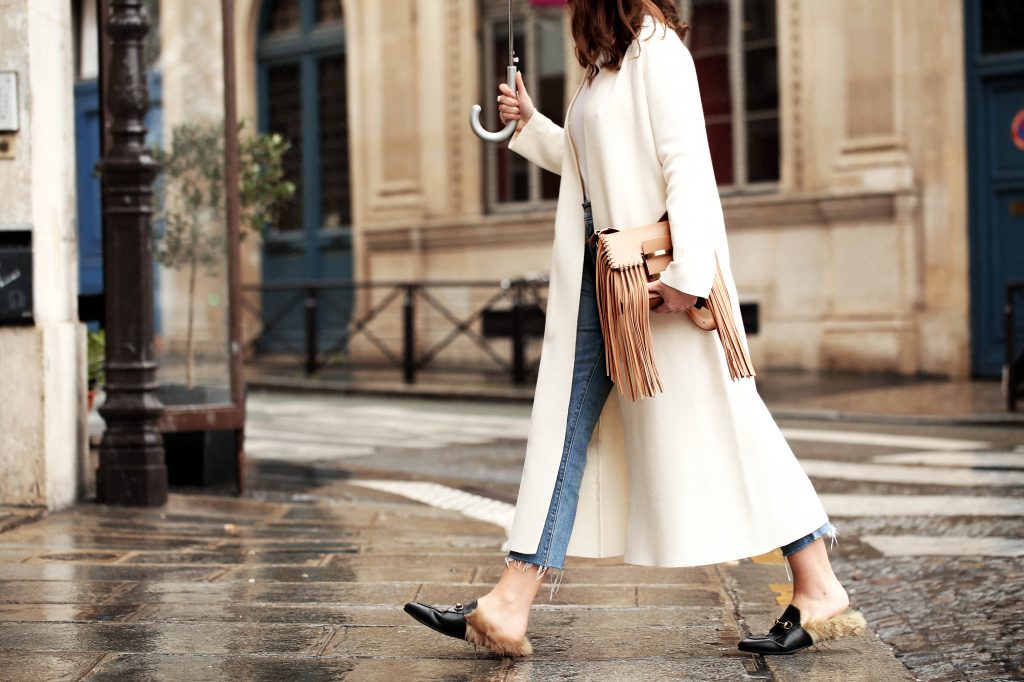 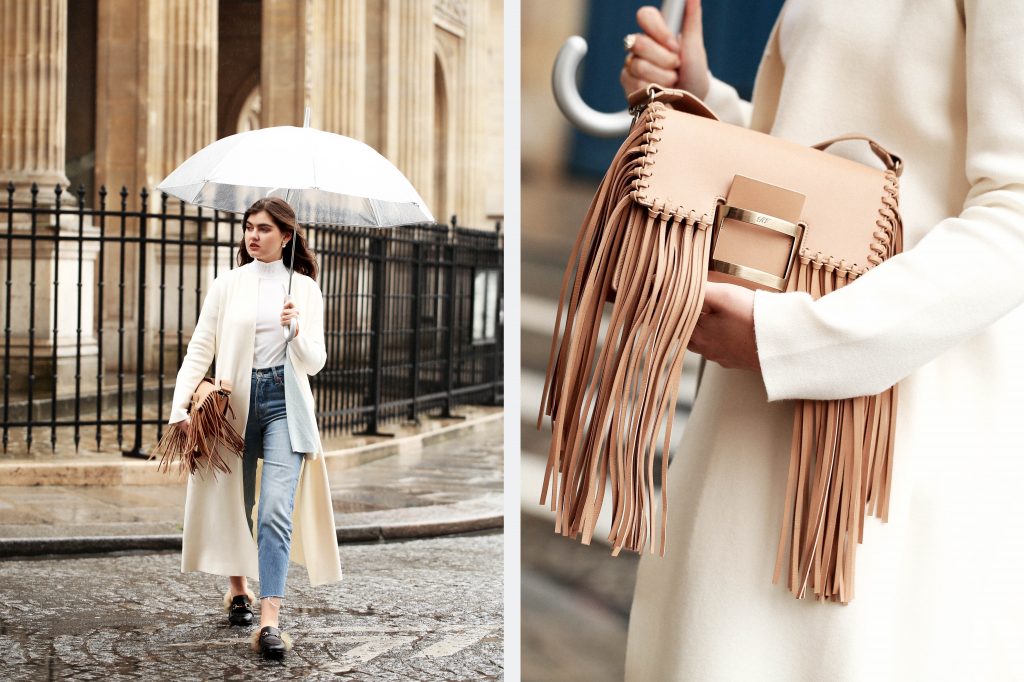