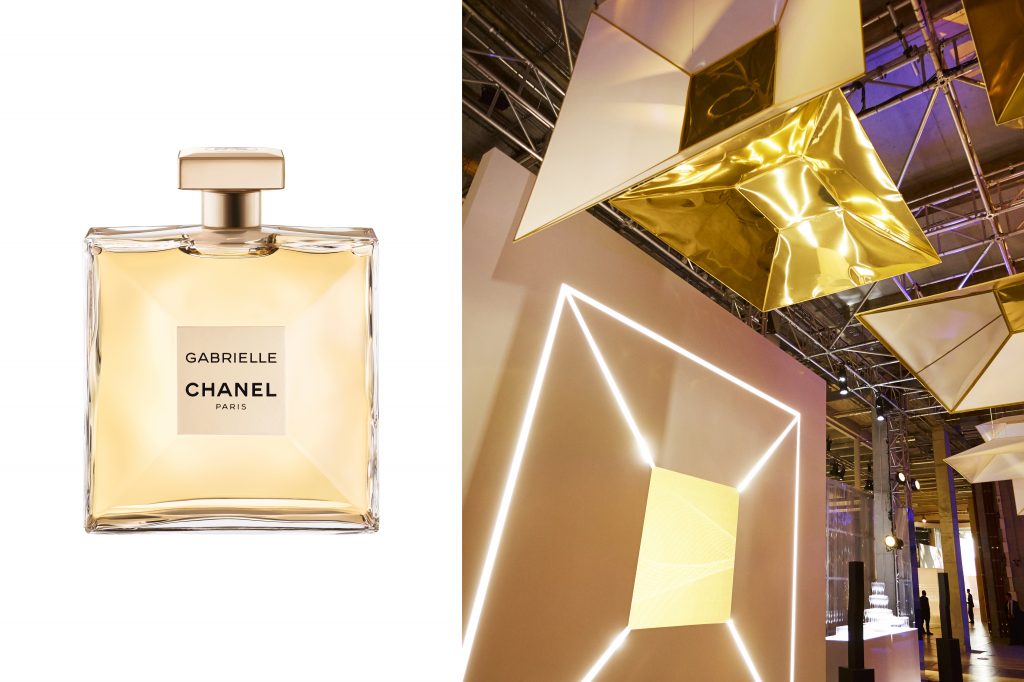 Before leaving for Paris at the beginning of this month I was writing about wild dreams coming true at last, and this trip to the City of Lights with Chanel confirmed it. In a bit more than 48 hours I got to know the brand’s team better around a dinner at Lapérouse, assisted for the very first time to a Chanel Haute Couture show, visited the mysterious apartment of Mademoiselle on rue Cambon, discovered the new Chanel pillar fragrance, danced with some of the coolest friends of the house and got blown away by the new Flying Cloud High-Jewellery collection. A total immersion into Chanel’s world, and a good number of golden memories. I will come back to the HC show in an upcoming article but today I want to focus on the #GabrielleChanelParty – a grand event held at the Palais de Tokyo during which was unveiled Chanel’s new fragrance : Gabrielle. 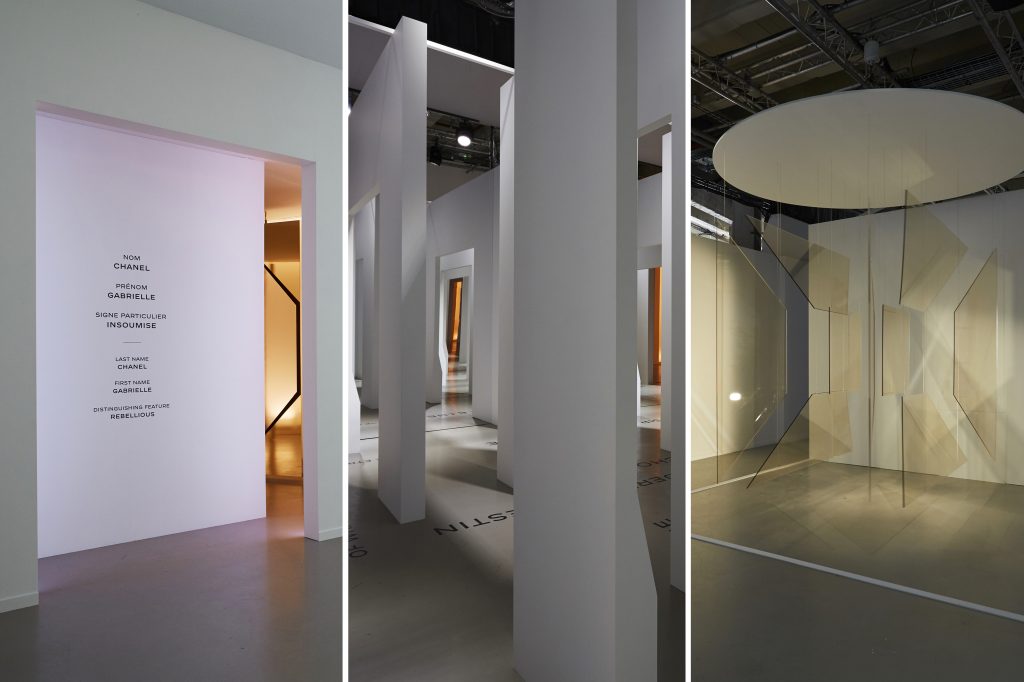 In terms of facts you need to know that Gabrielle is the first original fragrance launched by Chanel since 2002. Plus, it celebrates the founder of the House and comes on heels of the Gabrielle bag launch. In the industry they call 2017 the « Gabrielle’s Year » and I couldn’t be more excited about it for this woman was a huge icon to me; her creativity, her mystery, her rebelliousness – she was a woman that couldn’t be tamed and that’s the part of her Chanel’s creative directors searched to highlight in the new fragrance. The launch was staged to reflect Gabrielle Chanel’s personality: choose your destination, take your own path, become the person you want to be and stay true to yourself. 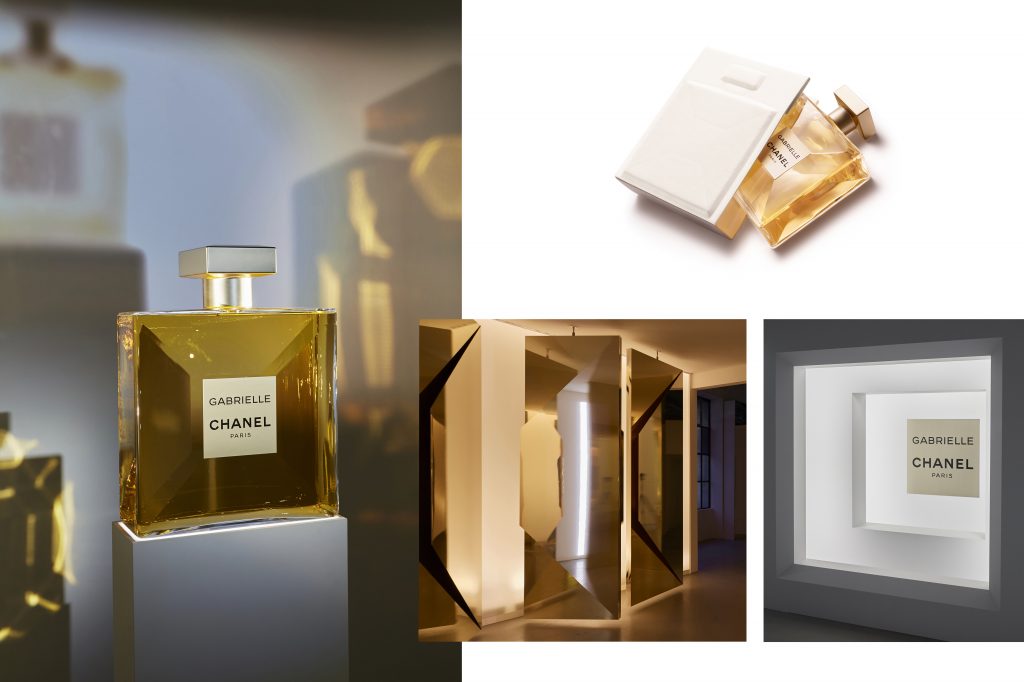 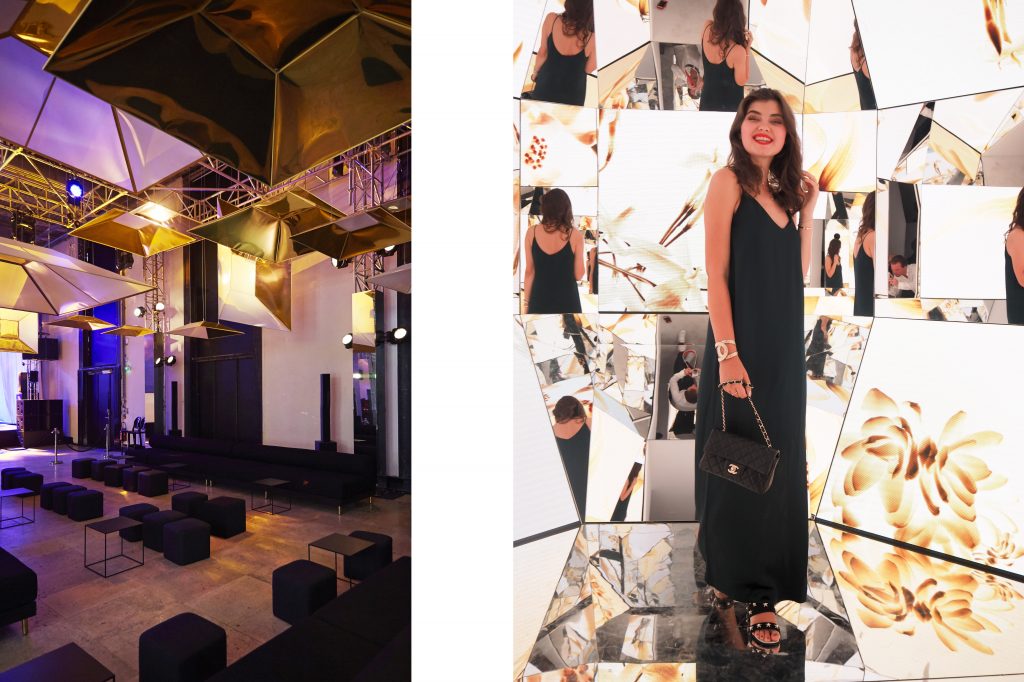 Along with the other party guests I took part in a real introductive journey into Gabrielle’s universe, a track that lead me through a beautiful maze faceted with mirrored walls where my image kept appearing and disappearing, quite reminding me of Chanel’s famous stairs on rue Cambon, and a room where we all could smell the fragrance’s main ingredients. Following these first atmospheric and sensitive impressions, we were shown an hologram, an allegory and our first insights of Gabrielle’s bottle exploding into a bouquet of flowers, before finally revealing the bottle and it’s fragrance at the end of the journey – a truly beautiful work of step-by-step discovery. 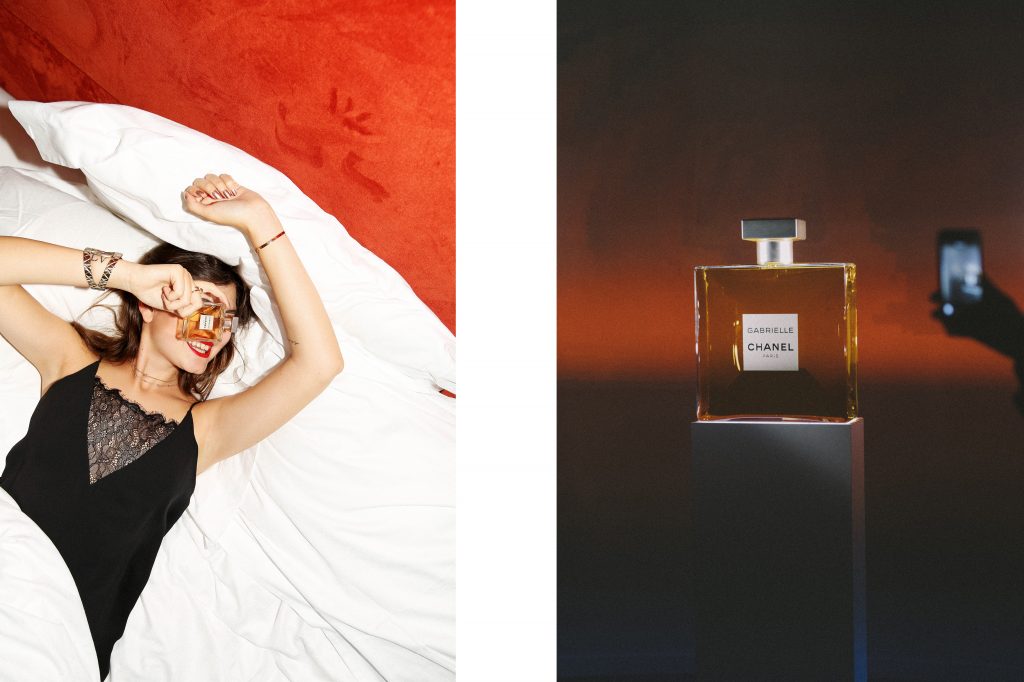 The fragrance itself, that is to be internationally launched on September 1, is described as an abstract floral and features ylang-ylang, orange blossom, jasmine and tuberose as main notes. It is a very fresh scent, and yet a chic and radiant one that changes a lot when worn on the skin and I remember having continuously smelled my wrist where Gabrielle was spritzed during the party and each time the fragrance seemed to have changed, evolved from the head to the base notes and became something undeniably pleasant, almost like a second skin. 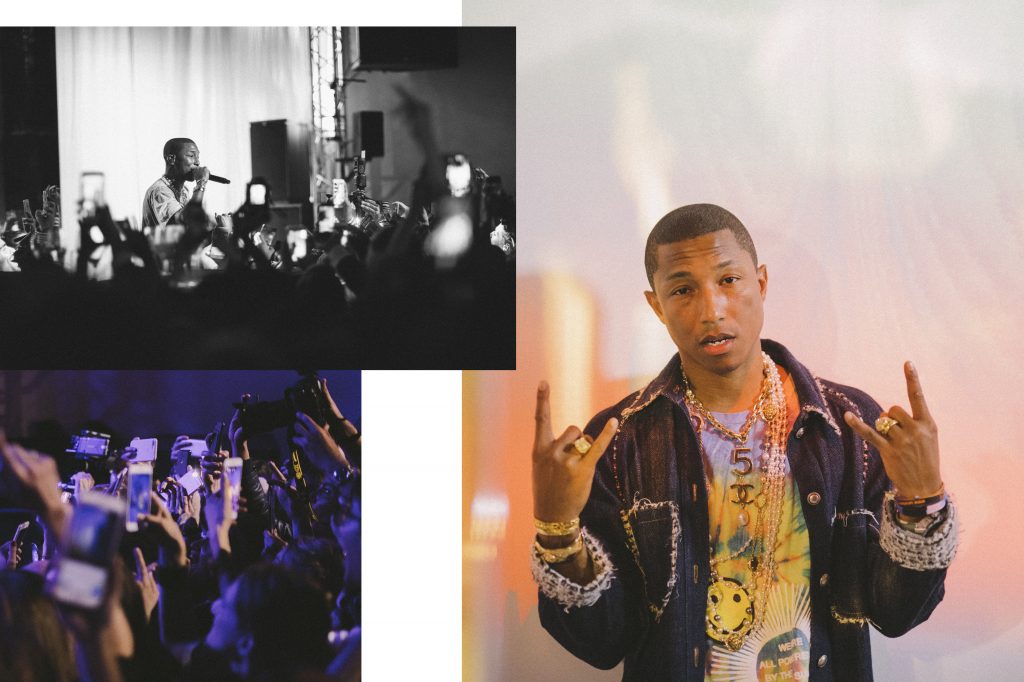 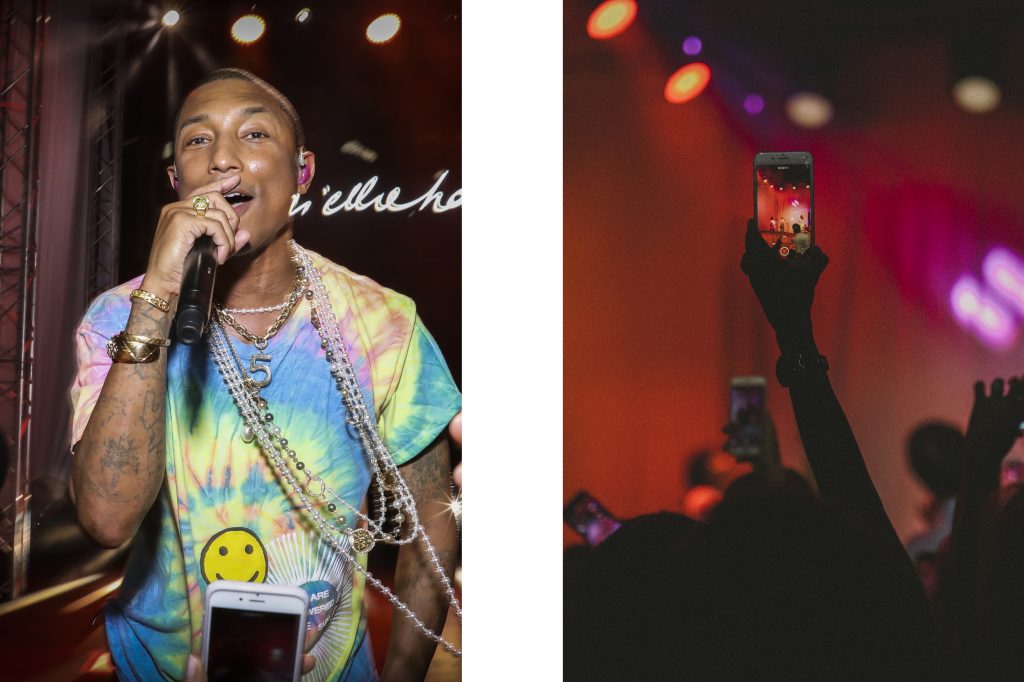 Gabrielle on my wrist and a wide smile on my face, I headed for the dance-floor and passed by the House’s ambassadors and friends such as Cara Delevingne and Caroline de Maigret, got a quick sneak peek of Karl and Kristen Stewart (the face of Gabrielle) and ended up, believe it or not, at a private concert of Pharrell Williams and Katy Perry. It was a crazy night, that got even crazier when security allowed a number of bloggers to come up the stage and I was among them and before I could say OMG I was propelled next to the singers and, well, here I danced. 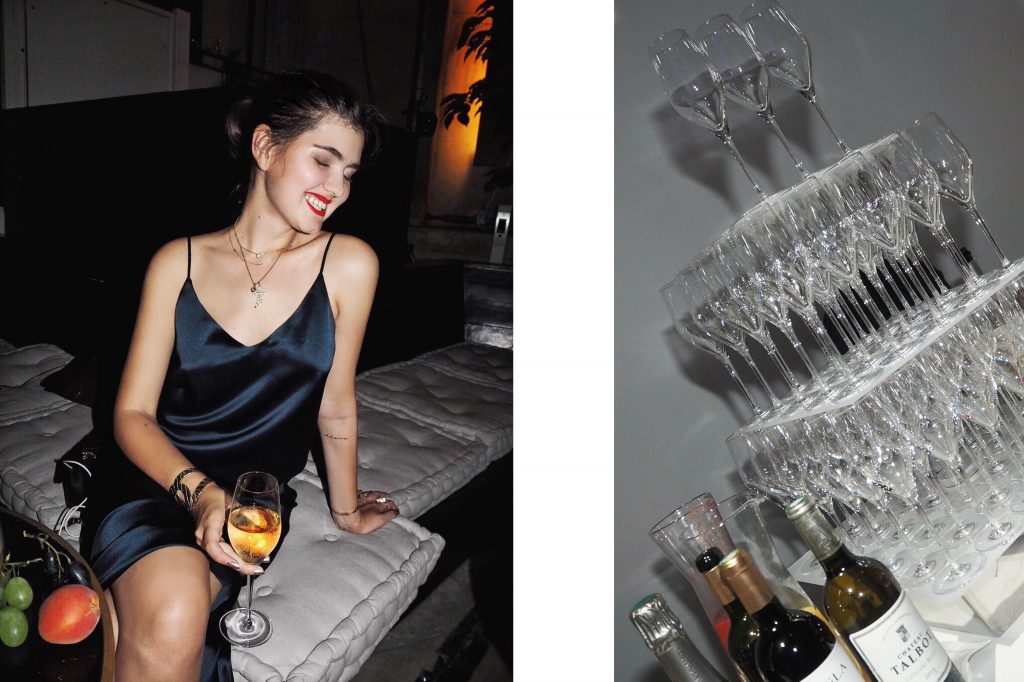 Million of thanks to the Chanel team for those unforgettable moments